Posted by Gonzo Chicago at 6:17 PM No comments:

...you heard it here last. After a couple shows next year, they will be on an indefinite hiatus.

See previous post for how awesome Wolf Parade were live.
Posted by Gonzo Chicago at 4:53 PM No comments:

I have lived in Chicago over 3 years and have never been to the House of Blues.

This was a deadly mixture. I knew Wolf Parade were really, really good live. I wasn't worried on that front, but the odd-ball venue I wasn't accustomed too I feared would be a wrench in the system.

I kept an open mind, and drove downtown with a friend to find a pay-to-park spot a block away at 8:50 pm, just in time to leave it there.

I didn't have a ticket, so I posted an ad on Craigslist seeing if anyone had a cheap ticket.

A dude called me and ended up giving it to me for $10.

Things were looking up!

I stepped through a few hurdles to get into the wacky monstrosity that was the House of Blues, and once inside, swiftly glided through the ID check / pat down, smooth and easy. I marveled at how well the night had gone so far while walking around the venue, listening to the second band of the three, Wintersleep. I finally settled in for about four songs up front. I was in a specific kind of "please fuck me up with your awesomeness" and it just didn't really deliver. Great energy, but I really just had no interest in anything else. I head bobbed politely and listened to the weird crowd behind me. I was bummed I missed Ogre, You Asshole!, but the amount of shows I have been going to see lately beckoned me to take my time getting there.

The House of Blues has no barrier! Beers are cheaper than Metro! The sound is....not terrible! Oh, how it's come together!

When they were done, someone turned and said, "hey, you were at no age"....that being the Lincoln Hall show two days before.

AT SAID WOLF PARADE SHOW, I also met the girl who wrote a review of said show in gapers block yesterday, that had this picture of me in it, mouth agape :

While, I don't really agree with that review and thought the show was bliss even though I could barely hear the vocals, we're getting a little off track here.

You see...that above picture...if you can picture my mouth, a little wider, and in more of a joker-esque maniacal grin....then you have....a live review of Wolf Parade at the House of Blues.

They seemed comfortable. Chatty. Boeckner said someone told him he should say "hey Sexy Chicago"

The songs swayed from old to new exactly how I thought they would, with seamless effort and some "thank you's" and healthy chit-chatter.

If you're seeking out this review, you know what they play nowadays. For months I read about these set lists, geeking out that I'd even get to HEAR a song like "I'll Believe in Anything" in it's proper melting glory. I was originally only a little bit bummed of the omission of "California Dreamer" , then they ended the night with a one-two punch of "Runner" that led into an insanely energetic "Fancy Claps"...

I think I blacked out from how fucking rad hearing those two songs together was. Maybe it was that roofie popcorn.

I woke up sleeping in a nest of baby kittens with cheesecake in one hand, and a gumballhead in the other.

...and all was well with the world. 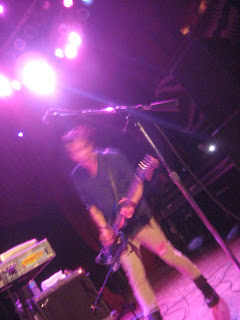 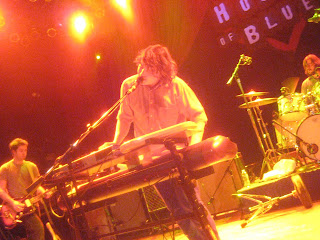 Posted by Gonzo Chicago at 4:03 PM No comments:


Speaking of the Empty Bottle, remember when Tinsel Teeth DESTROYED it?


Turbo Fruits played bloodline. With Pujo. and Magic Milk! More in front of you soon from this show :

Posted by Gonzo Chicago at 6:00 PM No comments: 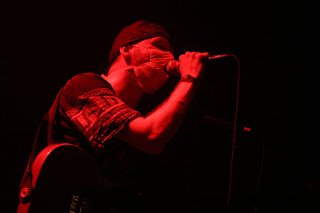 Posted by Gonzo Chicago at 6:00 PM No comments:

BLOODLINE SPEAKEASY is back open and hosting TURBO FRUITS and PUJOL tommorow!!!!!!!!!

Also, I just filmed a super sexy batch of Clinic songs at that super great Lincoln Hall show that will be up soon.

See you at Bloodline!

It's getting colder, Chicago...

Luckily there's a lot to do.

you know...just in case one of you lurkers hasn't decided on one of the 10 shows going on...

bundle up, and TURN YOUR CLOCKS BACK!

-hmd
Posted by Gonzo Chicago at 6:15 PM No comments: