Chicago continues to pump out killer newer bands happy to give a nod to old classics, or in some cases, tear up new alleyways.  While Uh Bones aren't re-inventing the wheel, they're certainly putting a good spin on it, and garnering themselves good enough press in the meantime..  Just recently adding The Yolks' Nathan Johnson on keys certainly should add some good layers to all of this.  Folks from Get Bent and Sex Beat have stated "Chicago, your secret is out" and "you ought to have a new favorite band."

Killer bands like Lechuguillas, Running, Piss Piss Piss Moan Moan Moan have and will continue to blow your eardrums for months, or even years with little to no attention outside a core group of kids getting their minds blown comfortable in dark spaces.  Some of these acts lay waste to basements and houses for years, stoked to just be able to play for kids who love it and want to be there.  They break up at their most potent.  It's what our favorite moments, and this website, has tried to cautiously purvey over the years.  They want to play, for you.  Shit, you want a tape?  Take it.  Want a shirt?  How much do you have?  Uh Bones are no exception.  A welcome addition to Chicago's roster of fuzzy rock n' roll, they're great, and just warming up.  This was a show we recently hosted in 2012 at Swerp Mansion that included newly formed Massive Ego, New Diet, and Boston's PILE.  One of the many bands with a song on that killer Manic Static compilation.  Underrated, for now.  Enjoy.
Posted by Gonzo Chicago at 2:32 PM No comments:

Bellini is a band "from Catania, Sicily, Dallas, Texas & New York City, New York."  They were in town to record their newest LP with Steve Albini at Electrical Audio, so they played two shows at Quenchers.  Opening each show were a wide array of friends including Coffin Pricks, Ifihadahifi, and Fake Limbs.  Technical difficulties of night one aside, we thought it was still a damn fine show.

Some info from their site Snowing Sun : "Bellini is a rhythmic, tight, beautifully aggressive quartet consisting of Agostino Tilotta, his wife Giovanna Cacciola (both also of Italy's famed Uzeda), bassist Matthew Taylor (the Romulans) and drummer Alexis Fleisig (Girls Against Boys).  Though retaining some of the basic elements of their former selves, Bellini are more focused, more structured and more rhythmic than ever before.  They embody the true spirit of perseverance and punk rock, making uncompromising, honest music strictly for the brutal love of it."

Damn straight.  Look for that new record soon.
Posted by Gonzo Chicago at 6:28 PM No comments:

We could talk all day about how good Heavy Times are. I think you should just watch this new jammer called "Lantern Trail". It's the flip-side to the new "K-9" 7" in Windian's subscription series. You should be able to buy it without the subscription in the next few days. Soon to take over the world. In fact, they're playing a show with Guided By Voices right now.  This was filmed at Roxaboxen.  Buy stuff from HoZac, while yer at it.
Posted by Gonzo Chicago at 8:03 PM No comments:

Magic Milk - "Girls" from GONZO CHICAGO on Vimeo.
Remember when we said we really hope new drummer Maggie sticks around?  Well, she has.  The smiliest drummer on the planet, her pounding adds a good lot to this new song with some slick bass and good yelps.  Instead of popping off confetti and jumping into the crowd, a fierce but subdued Magic Milk ooze out this new jam with steady patience and a swift hand.  It works!  It rules!  Magic Milk!  Girls!  A combination for the ages.  Filmed at the Burlington in 2012.   You can listen to an even fuzzier recorded version here.  Enjoy!
Posted by Gonzo Chicago at 11:16 AM No comments:

We're heading west for the winter....what does it mean for this space? 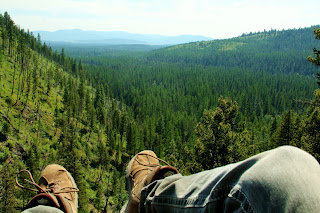 We're heading west for the winter, to Missoula, Montana, and will be back in spring.  What does it mean for this blog?  Surprisingly, not much.  We have so much back-footage, we're actually pretty stoked to dig through it and give you some deep cuts of Chicago past that we haven't been able to get to.

Sure, some of the hyper-local aspects will be lost, but we hope you'll follow us on this journey west to document Missoula, Portland, and it's surrounding areas.  We've been connected to some really solid folks out there.  Thee Oh Sees are playing with Sic Alps in early October.  If you're a touring band heading out that way, hit us up and we'll try and set you up with a show.   As a courtesy,  the Facebook and Twitter accounts will remain local, and up to date about the best shows you SHOULD be going to.   Follow them.

Regardless, Chicago is our home, and we will return around April, you can bet your bottom dollar on that.  Upon coming back, we should be in a position to have every aspect of this site be stronger, faster, better.  Like that one movie!

When we return to Chicago, we plan on launching an absolutely staggering, bonkers project we've been tinkering with for quite some time.  You can also expect a banger of a return show.

I'd like to thank you again for your support over the years.  This is not the end.  Be on the lookout for a ton of killer Chicago footage that's previously unreleased, with a few "Gonzo West" post peppered in, and a peek into a different scene for a brief period.  As always, if you have something you'd like to say : hotmetaldobermans@gmail.com


Posted by Gonzo Chicago at 8:24 AM No comments: