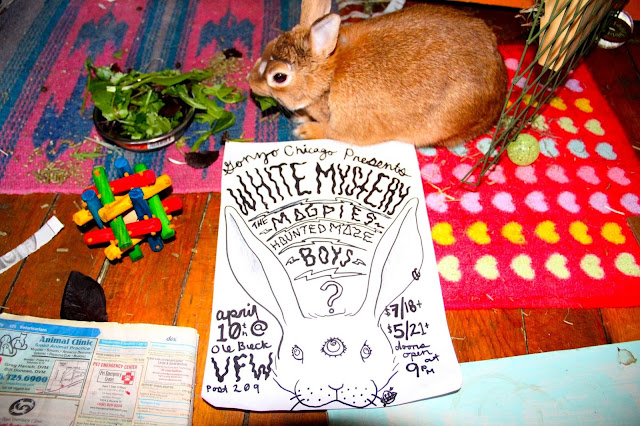 Tonight in Missoula, Montana, we begin what will hopefully end up being a decently lengthy series of shows.  Chicago's White Mystery, Organs from NYC, and Missoula's excellent Magpies, BOYS.  Thanks to Hana Mt. for the flyer!

April also will see us hosting two shows by another Chicago favorite, THE FUNS.  Info below.  With the closing of Zoo City Apparel, and the options for all-ages dwindling, we're honored to help the Z.A.C.C. "bsmt" take off once again, and to host 3 all-ages shows.  The others will be hosted at our favorite, seemingly unstoppable bar, the VFW post 209.  If you watched the Treefort video below, it's true, the folks at the VFW209 in Montana have made a spectacular resurgence effort, and are killing it!  If you're around, or have friends in the area, let 'em know!

If you're around, hope to see you there.  All the best.
Posted by Gonzo Chicago at 2:15 PM No comments:

I knew nothing about Boise, Idaho. When Missoula based BOYS told me I could tag along to their show at the second annual Treefort Music Festival, I happily agreed.  Impose Magazine jumped on board.  What I didn't remember was that I was heading to the very same festival that caught my eye, through that very site, in 2012. One comment to that article is that more people got off their asses to go to shows in Boise after this festival. I can only see that happening again after this particular weekend. To say it was one of the best festivals I have been to lately is an understatement. Over 200 bands, a dozen venues. Boise, Idaho became a haven for any type of music you could ever want to see. The small venues sealed the deal. It's not a new concept, however, I can assure you that the energy felt here was thicker than what I've felt in a while. It reminded me of the most potent warehouse shows in Chicago. The large main stage, notorious energy killers, even had the vibe of Chicago's smaller street fests like Do-Division. Sure, what we saw in Boise exists many places, but there was a rabid passion for a shared musical experience that made all the difference.
We stayed in a house that has DIY shows. Boise's Ditch Tiger calls it home. A living room and a strong ethic to make things happen in exactly the way you want. The right way. The comfortable way. The fun way. Treefort Music Festival engulfed Boise entirely. The El Korah Shriners palace, from what I understand, had never hosted a rock show. Over the weekend, they had some of the best. Built to Spill, Quasi, Unknown Mortal Orchestra, Foxygen. The shriners held down the door and shilled spectacular $5 trucker hats. I bought one.
It was a golden opportunity to see a slew of bands I'd never heard of. For it's second year, it all went extremely smooth. They lost a main act with the cancellation of Animal Collective. The lineup shifted. In four days of wrecking myself running from venue to venue, only one band started late. Lines moved as quickly as they could. The security was nice. The staff was overly accommodating, and I didn't hear one remotely negative thing the whole weekend, despite brisk temperatures for the main stage. You have to give it to Eric Gilbert and crew for having the guts to put on a festival with a large main stage in March. It could have been a disaster, but it wasn't. The whole thing is a testament to Boise, Idaho, really. A collective of people who want to do it right. Embedding myself in Missoula, Montana for a year, I'm seeing sides of the country I never would have before. Not just tour runoff from Portland and Seattle, but whole new communities that could and do exist everywhere.
Many bands I talked to were having the time of their life. Deathfix, in particular, seemed really happy hanging out with everybody. Talking freely to many of past endeavors of Fugazi, Medications, and Faraquet. I have a bit of video I should have put in here. I could have edited it for months, but I just want you to see this.
I could talk all day about the acts, how much fun everyone had, the love shown for playing to a crowd that's really excited to be in the moment. As always, I'd rather show you. I think this video captures the spirit of it all. Bands, this festival should be in your thoughts when booking your spring 2014 tours. If the second year was this good, it's surely something to keep on your radar for years to come.
'Cast' in order of appearance:
Dan Deacon
BOYS
The Walkmen
Mt. St. Helens Vietnam Band
The Thermals
White Lung
Quasi
YACHT
Terror Pigeon Dance Revolt!
Deep Sea Diver
Youth Lagoon
Digital Leather
Sharon Jones and the Dap-Kings
Built To Spill
Foxygen
Unknown Mortal Orchestra
Japanther
Finn Riggins
Little Ruckus
TEENS
Camper Van Beethoven
Naomi Punk
w/ Ditch Tiger, The Pharmacy
Thanks :
BOYS
Eric Gilbert
Matt Dalley
Neil Fridd
Emily Kempf
Treefort Staff (and their 300 volunteers)
Impose
Ditch
Dan Deacon
Albert Schatz

Posted by Gonzo Chicago at 12:51 PM No comments: 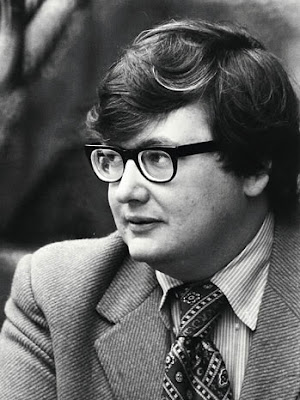