Announcing THE WORLD UNDERGROUND : A new series of films highlighting underground scenes of the world.

The World Underground - Episode 1 : CHINA from GONZO CHICAGO on Vimeo.


WE DID IT!  THANK YOU doesn't really do it justice.

People are asking if they can still donate.  OF COURSE!  Paypal : gonzochicagogo@gmail.com.

If you want to donate in another way, just send us an e-mail, and we'll accomodate you.
The support was insane. It happened, because of you. You all stepped up HARD. What's next? All the perks will ship out in August. I leave in early September, and will be circling the country for 2 months, with a long stint in Beijing. I might just be dropping into the middle of China, and following a band on tour. I really hope it happens. I will return, finish Missoula, and Chicago, get them out as soon as we can in 2014, and keep going. You made a total pipe-dream become a reality.  Follow the social media.  Things are still coming together.  Thank you.

The World Underground.  A new series documenting hour long moments in time of the ever-changing underground scenes around the world.  An ever-evolving, community driven video history.  The first 3 episodes to focus on China, Montana, and Chicago, IL.  The bands, labels, people, and what's happening now.  Future locations to be announced.  To be edited by Echotone director Nathan Christ, with animation by Jenna Caravello.


You really need the full story :

How do you sum up a decade in a few paragraphs?  After spending years enveloped in the Green Bay punk rock scene, I moved to Chicago in 2007.  I started filming all of these phenomenal bands blowing away 50 kids in dirty warehouses or dark basements.  Paper Mice.  Lechuguillas.  Tiger Hatchery.  I did this for years on a mediocre point-and-shoot.  I wanted to try and capture how good this all really was.  I started a website called Gonzo Chicago.  It originally included just one sentence.  What this turned into, I didn't expect.  The community took hold of it.  After some push from people I trusted in Chicago, I hesitantly ran a crowdsourced fundraiser on this very site for new gear.  I didn't think it would work.  It was successful, and I raised $3,600 in 30 days, kept going, harder than ever.  What I captured was a tightly knit group of kids doing things exactly the way they wanted to.  Uncompromising, they released tapes, vinyl, toured through the traditional means.  Chicago was exploding with great things when I left.  Toupee, Heavy Times (RIP), RUNNING, Mayor Daley.  I've kept a keen eye on it.  The ever-changing landscape of this is a main reason I do what I do.

Things are changing.  Independent bands are playing stadiums, have songs in car commercials, winning artist of the year Grammy awards.  Ultra-famous comedians are self-releasing their own DVD's.  Even the good bands are releasing music via Adult Swim.   The wide swathe of the internet has made music and information immediately accessible.  Never before has music been so easy to find.  Police are pretending to be punk rock kids to bust house shows.  Many bands prefer the anonimity of underground shows, preferring to make a handful of kids go wild in a basement than to have a half filled room of people arms folded.  These shows will continue, because they have to.  I realize this is not a new concept, both what's happening, and me documenting it.  Many documentaries have and will continue to be done.
Gonzo Chicago grew, I started writing more, for both myself, and other sites like Brooklyn Vegan, and NYC's Impose Magazine.

Missoula took me by surprise when I moved here last September.  As much heart as Chicago, on a smaller scale.  Different tape and record labels.  Different locals, and a different stream of touring bands.  But the ideals are the same.  Do good work, treat people well, support the community.  I moved here as 2 seemingly legendary spaces, The Lab, and The BSMT, had recently closed.  Zoo City Apparel was just heating up as I strolled into town, hosting White Mystery, Thee Oh Sees.  It has since closed.  Ever since, the Ole Beck VFW, which was already doing a great job, was left to pick up the slack.  Bands like Magpies and King Elephant are blowing me away consistently.  Recently we re-launched the "BSMT" into what is now Missoula's only option for all-ages shows.  I am honored to be this deeply involved with these communities.
As it all grew, scene reports came in from around the world.  People letting me know what I knew existed.  This is happening everywhere.  Michale Coleman wrote me from Missouri and said he started filming DIY shows because of what he'd seen.  China, Montana, all over Europe, Japan, Australia.  Boise.  Myanmar.  China came on my radar after I interviewed Handsome Furs, fresh off a long tour in the PRC.  For over a year, I wondered how I could get there.  I dug around, eventually cleared my throat and e-mailed Josh Feola of China's Pangbianr.  He agreed to book shows in Beijing, and line me up with other regions such as Guangzhou.  For as massive as China and its underlying music scene is, it's understandably pocketed, yet growing rapidly.  It's constantly evolving, and I think grabbing this moment, any moment, is important.
I will spend September and October in the PRC, filming shows both naturally, and ones we set up, different regions, interviewing labels and bands.  China being the first episode, Missoula and Chicago are well on their way to being finished.  I will finish filming those by my own means upon my return.  I hope to release all three episodes in 2014, and continue on.
I can no longer deny or downplay the potency of what I do.  I only move forward when communities deliver an undeniable push.  After Nathan Christ jumped on board to edit, and Josh Feola agreed to book shows in Beijing, I received funding a new camera free and clear.  I know that this is the right path.  This is extremely important to me, and many others, so I hope you'll join me.

What are you going to use my $6,000 for?
Indiegogo's take-away estimate : $5,600
Travel will take a good bite out of this.  Between plane, train, VISA, and other assistance : $1,600
Post processing, video and sound editing.  Translation support.  Supporting the communities I'll be attending shows in for 2 months.  I'm honored to have Nathan Christ editing this project.  I have commissioned the wondrous Jenna Caravello to do animation.  $2,000.
Partial expenses.  This would be considered a no-budget documentary by proper standards.  With an upgraded camera, I believe even with limited resources, I can still tell a good story.  However, while I can live and eat cheaply in China for 2 months, this is only covering a partial amount of the full cost.  Hard drives.  Sound.  The costs are immense.  Already being in debt, I must defray some of the costs of this.  $1,500.
Perk fulfillment and printing costs : $500
I'm not a huge fan of Paypal, outside of the extra fees they take.  It's on as an option, but if you'd like to send me payment in a different method, feel free to contact me.
I doubt everyone will be into this idea.  Will I have fun doing this?  Absolutely.  This is not a vacation, and I take what I do seriously.  After working 60 hours a week to stay afloat, I realize I am simply unable to fund this myself, and it must be done.


Local goods you get for donating! 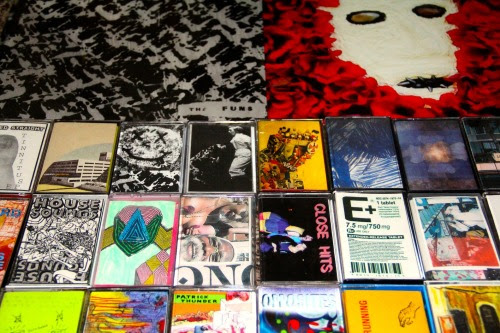 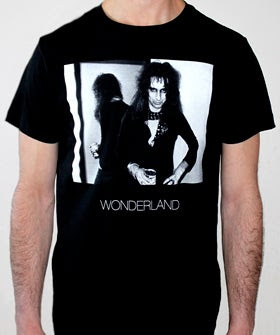 Beautiful art prints.  Your choice on if you'd like landscape, or live music. ...and more.  All donors will be thanked on the website.  That list should be intense to look back on as we go along.

The impact?   In a perfect world, the global community will get involved in this, and in 10 years, maybe I will have 50 episodes done that we can all look back on.  All those closed spaces, broken up bands.  From an archival standpoint, it's already there.  Terabytes from Chicago.  Montana.  Boise.  I can no longer deny the potency of what I do.  I only move forward when communities push me forward.   Since the beginning, it has all grown ten-fold.  After receiving an e-mail from someone telling me I was the cause of them having "the best shared musical experiences of their lives", I knew I must continue, and grow this.  That's exactly what I'm after.  The point was always, and will remain to get what I think is good to people who may not have found it otherwise.
I understand not everyone will be into this.   I'd like to think been entrusted to do what I do for a reason.  My number one concern is uncompromising discretion and tact, as I take these communities as seriously as you do.
This is not to shine a light on a dark corner of what's happening.  Those who come for the spectacle of it all never stick around.  This is not an authoratative stance on the matter, quite the opposite.  What you see is what you get, what's happening now, and I guarantee you it'll be something exciting.  I'm extremely excited at what's been filmed even before the recent camera got funded.  You'll love it.
I hope you'll join me in this.  All I can picture is Matthew Lillard in "Hackers" right now.  I can't do it without you.
Thank you for your time.
http://theworldunderground.com
Posted by Gonzo Chicago at 12:10 PM No comments: