Dirtbombs! White Mystery! Along the line somewhere, Sailor Jerry decided they were going embed themselves in the rock n' roll scene. They threw a free party at the Subterranean December 16th, 2011. The Dirtbombs returned to Chicago after what seemed like a decade. White Mystery opened. Serious drum freak-outs ensued, and all was well with the world.

Posted by Gonzo Chicago at 12:53 PM No comments:

2011 isn't done with giving us great shows. Here's another band you should know. Toupée. They don't have a website, but they do have a tape coming out on Teen River around February. They took a break from prowling around screeching guttural vocals over some heavy, driving songs to play one "for the lovers" entitled "Slowski". This was at "Dustbowl" in Chicago on 12/17 with Bomb Banks, Names Divine, and others. Keep an eye out. Enjoy.
Posted by Gonzo Chicago at 4:46 PM 1 comment: 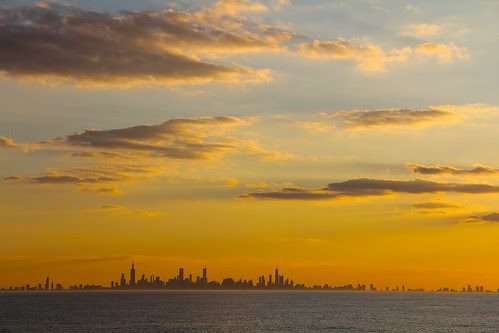 "Cast" in order of appearance :


Instead of giving you some best-of list nobody agrees with, we thought you'd enjoy this more. 2011 was a hell of a year for Chicago music lovers. The current status of the Chicago music scene, as you can see, is very healthy. Some might say it is the best it's ever been. From our past experience, summer has been the most hectic, but it seemed like this year the noise didn't stop. January had the stellar "Tommorow Never Knows" festival, ran by the Schubas family, and this blur of a year went full speed ahead from there. April had Lightning Bolt destroying the Logan Square monument thanks to the Empty Bottle. Summer was, well, summer in Chicago. Bitchpork III. Double Dagger's final Chicago show. The Hideout Block Party. Festivals. A non stop stream of spectacular local, touring bands, underground shows. It was unrelenting. Luckily we had our cameras in tow, and an insatiable urge for live music.

As you may know, we ran a successful Indiegogo fundraiser in May, and things got a lot prettier from there on out. It was a one-of-a-kind experience that we will never forget. So many of you came out of the woodwork and told us you liked what we were doing. This video is for you. In the last 8 months we have attended over 150 shows, filming and shooting a good lot of them. Your interest and love for what has been created here only furthers our desire to give you what we think is interesting. Things you might not have heard of, seen, or would ever be on your radar. This isn't to shine a light on a dark corner, but to simply put good music, and good work, out to people that really care about it. It's that simple. That's what we've always strived to do here. This year, the gods aligned us with Nathan Christ and his Echotone Film crew. We held a Mortville show with Mannequin Men, Outer Minds, Close Hits, PPPMMM. We shot the skyline from 25 miles out. They have inspired us greatly, and for that we think the meeting was meant to be. We're also impressed at the quality of output by labels like HoZac, but also the insurgence of small-run tape labels like Lillerne Tapes, Plus Tapes, Priority Male, Catholic Tapes, Maximum Pelt, Nihilist Records, and many more.

This year had a few sour notes. Some of the boys in the spectacular Lechuguillas have moved to Texas, leaving a void in a sea of Chicago projects. They are sorely missed. Another one of the best bands Chicago had to offer, Cacaw, are now defunct. Sadly, it was right after a self-proclaimed "worst Chicago show we have ever played." which makes it even more hard to swallow. There was no grand 12-band farewell like the Lechuguillas threw. Just a quiet nod, and a goodbye. These things happen, but it still hurts when they come to pass.

That said, this video is just the beginning. As we grow in our partnerships, knowledge, and ability to create, you can surely expect even better content in 2012.

I would like to extend a sincere thank you to the people, bands, and spaces who have gone out of their way to help this project become what it is today. To those who supported the fundraiser that makes everything we do look so much better. :

The Schubas family,Chicago Reader, Drag City, Tyler Jon Tyler, Lechuguillas, Mannequin Men, Absolutely Not, Running, ONO, White Mystery, The Hideout, Micha Ward, Brian Jarreau, Threadless, A.V. Club Chicago, Nathan Christ and the Echotone Film crew, Kenny Alden, Loud Loop Press, Thomas V. Ryan, Chicagoist, the crew at Ball Hall, Mortville, Situations, Treasure Town, and countless others who have inspired us, selflessly displayed their love for what has been done here. We hope you enjoy this video. It was meant purely for the enjoyment of people who like energy in their music, and for those who love what's going on in Chicago right now. We think what's happening here is pretty special, and unlike anything else in the country. There are some glaring omissions, but we'll rectify that soon enough. Thanks for taking the time to have a look. Here's to an even more eye popping 2012.

HoZac Records has been on a roll lately...or maybe they just haven't stopped rolling since their inception. Either way, Heavy Times' long-player "Jacker" is finally out, and to nobodies surprise, it rules. Rock n' Roll from your favorite jerks in Running, Loose Dudes and other notably scuzzy endeavors. Heavy Times are advocates of the DIY scene, but it was nice to see them at Schubas, a spot where you could, you know, actually hear what was going on. There are some seriously solid tracks on this record. A conversation in the green room before the show with Milwaukee's Jaill and Broncho had them jokingly proclaiming themselves as "Convict Punk", which we actually think is a pretty killer title. Buy the record and catch 'em live as soon as possible. You know, better yet, we'd suggest you pick up that fall three-pack with Wax Idols and the Radar Eyes 7". DO IT. 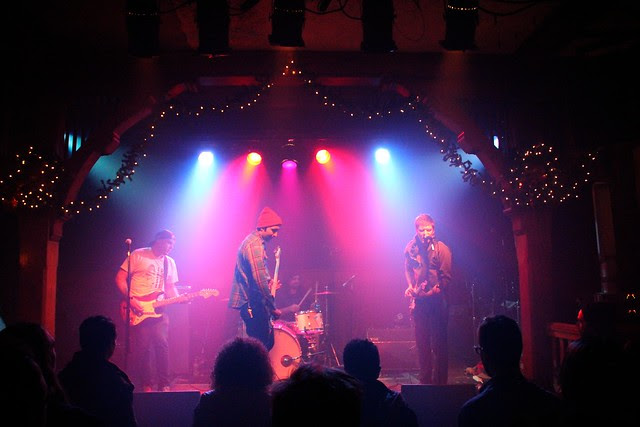 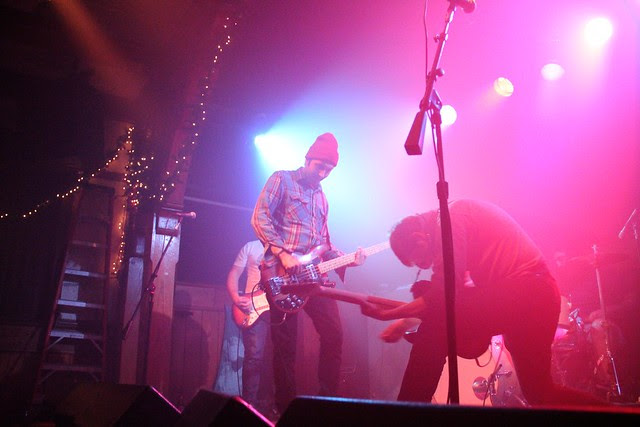 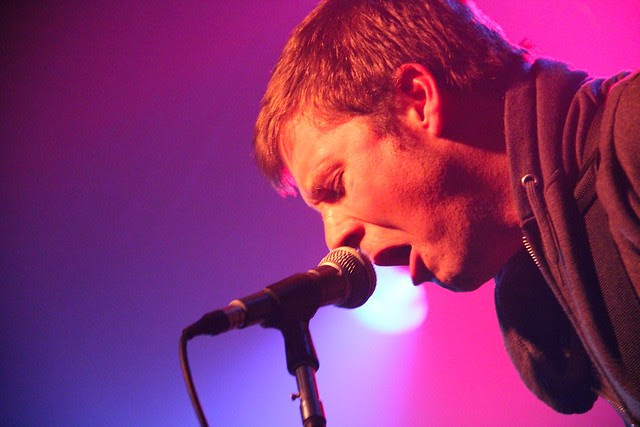 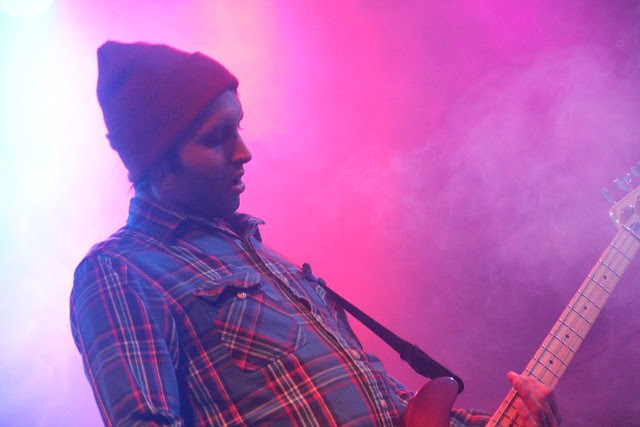 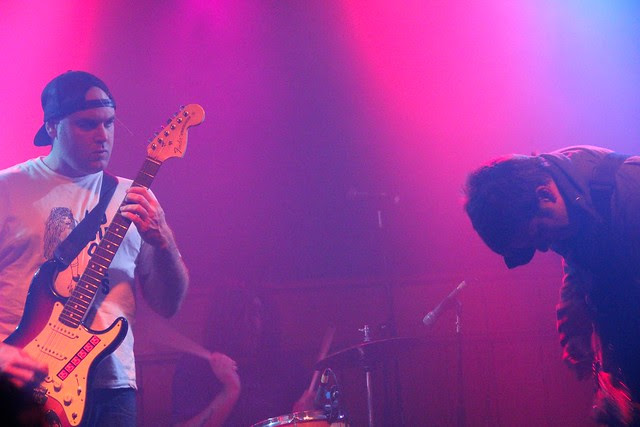 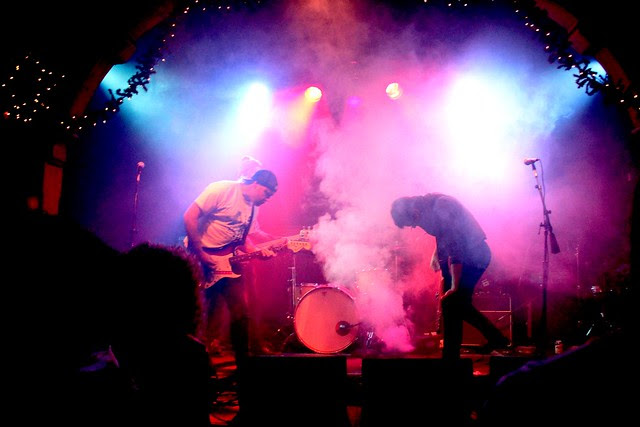 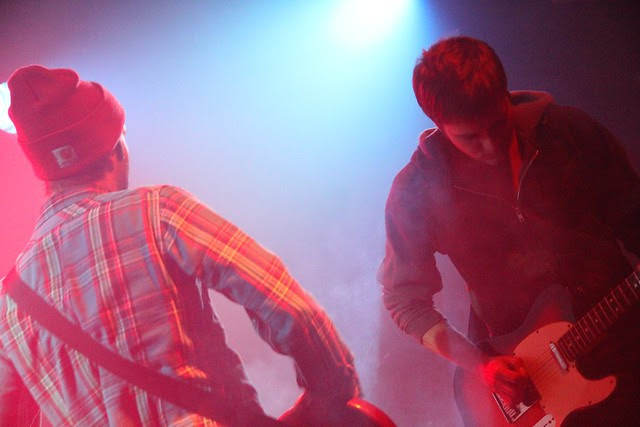 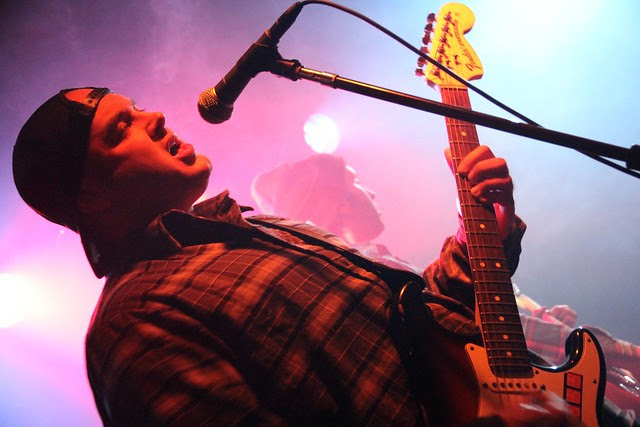 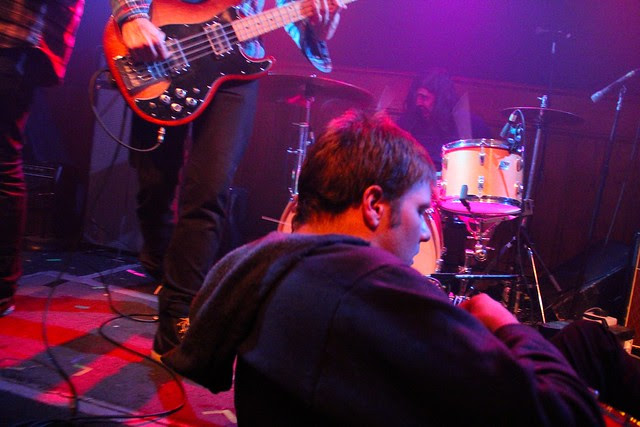 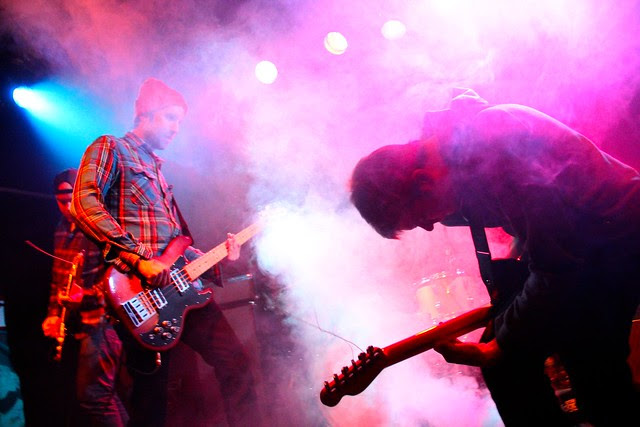 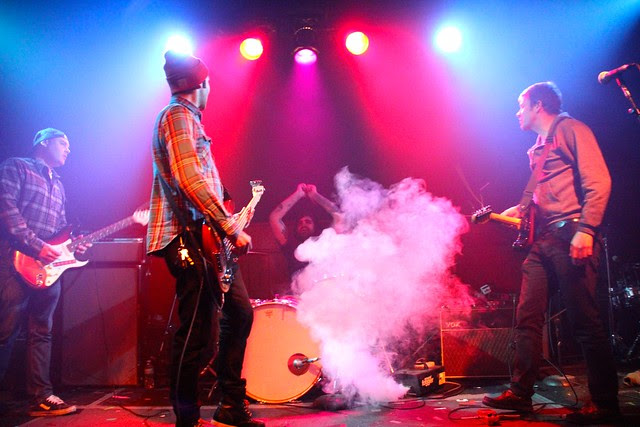 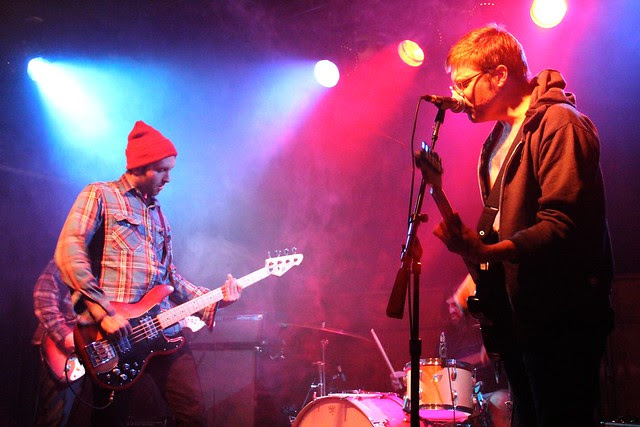 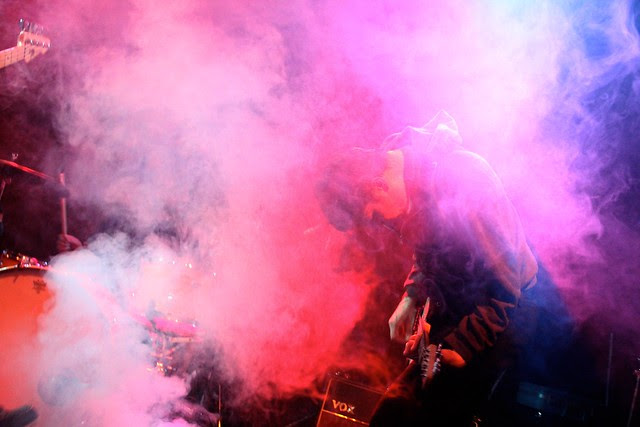 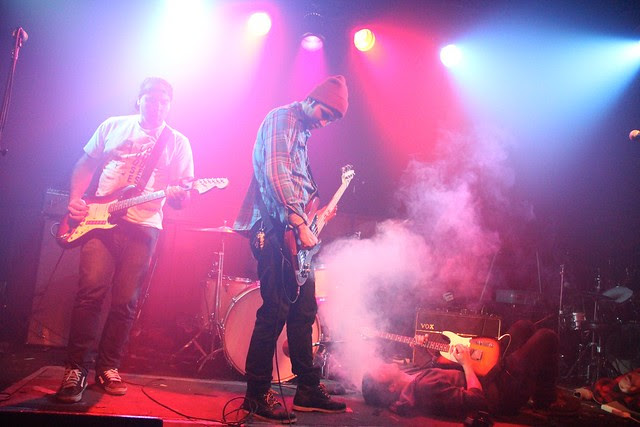 Posted by Gonzo Chicago at 1:50 PM No comments: