Photos and Video : Wild Flag at the Subterranean last night...

Last night, Carrie Brownstein thanked Radar Eyes and Mickey for opening their set, and said "if you're looking for the underground, it's here, on Hozac Records"

We had only watched a handful of songs on that NPR live-stream they did a while back, but we liked what we heard. Really, we just wanted an excuse to see Carrie Brownstein scream away in such a small environment as the Subterranean. We weren't surprised to hear that these songs were really great live! Great tapping from Mary Timony, when she wasn't singing her own guitar-drenched songs. Rebecca and Janet held back-up vocals in the brief moments the guitars went silent, sometimes bringing the entire building to an uproarious scream. People LOVED this show. Lots of talk about these women being their idols. The band grinned and laughed the whole time. In a past interview Brownstein said "chemistry cannot be forced", and they really needed no forcing. It was a great set that, for being such a new band, guitar flubs aside, it all seemed effortless to them. You will be hearing about this band, hopefully for a long time. 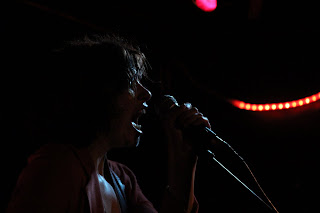 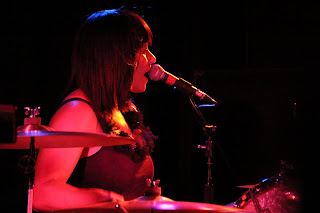 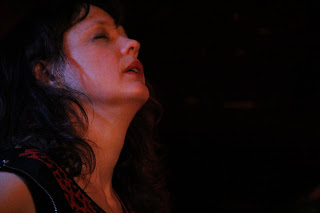 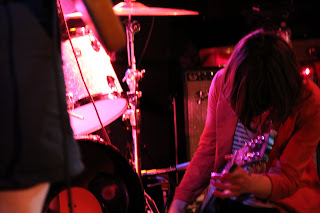 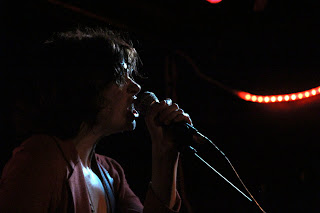 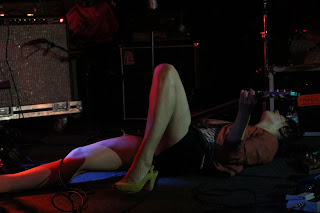 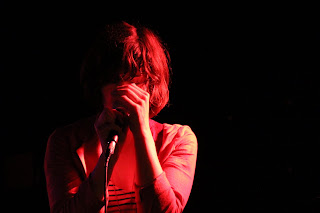 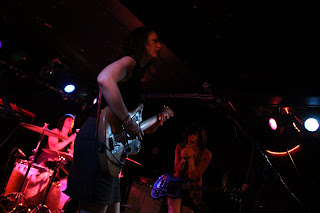